Michael Kastner, managing principal at Halyard Asset Management says: “There is a view that the Fed will lose its nerve given all the market volatility.” Central bankers had already forfeited markets’ full confidence before this week; now they are starting to be intimidated by them.

“Margin is a concern and can certainly result in you being taken out of a trade,” says Michael Kastner, managing principal at Halyard Asset Management.

But there are silver linings. One resides in companies’ hefty stock buy back programmes, says Mr Kastner.

“I’m constructive on the share market as companies have a mandate to buy back their stock, and many of the large-caps in the S&P can be aggressive.”

Bond investors turned cautious last month, reversing the upward trend in price witnessed for much of this year.

As the Federal Reserve meeting concluded on September 17th, investors were hungry for clues as to when the FOMC would move to raise interest rates. Instead, the Fed further confused matters with the announcement that they would expand the Overnight Reverse Repurchase program (ON RRP) to $30 billion per counterparty, but cap the overall size at $300 billion. Prior to the change, each of the 140 counterparties was allowed to lend $10 billion overnight to the Fed at a fixed 5 basis points, with the program potentially totaling $1.40 trillion dollars. We consider the reduction in the program cap to be a significant policy departure. Investors had anticipated that the program would be the Fed’s solution to mopping up the enormous amount of liquidity quantitative easing has created. The Fed’s concern was that such a large program could potentially destabilize the money markets during times of financial instability, as investors sold credit and deposited the money at the Fed. That was a very real risk, especially given the recent regulatory changes imposed on money market funds. However, by capping the size, they’re tacitly indicating that ON RRP will not be the primary tool for draining liquidity.   While we’re pleased that they’re talking about raising interest rates, it seems as though they’re still trying to figure out the means for reaching that end.

Following the meeting, Chair Yellen delivered her post FOMC press conference and seemed ill prepared for the task. Despite the Fed’s stated policy of transparency, she was highly evasive during the question and answer period. The press asked a number of pointed questions including how much time was represented by the phrase “considerable period,” what tools the Fed has at its disposal to raise interest rates, and where in the range of forecasts did Madam Yellen’s prognostication fall. Arguably, a transparent Fed would communicate that information and allow the capital markets to adjust accordingly, but Yellen was vague with her answers. Two days later she added to the confusion by commenting that markets were not adequately synced with the Fed forecast. Given that comment we ran a simulation to get an idea of how far out of sync the market may be. In doing so, we assumed that the Fed will first raise rates at the April 2015 meeting, which is current consensus, and will follow a Greenspan-like path of 25 basis points hikes for each of the six meetings of 2015. Based upon that assumption, the Fed Funds rate would stand at 1.75% and the 3-month LIBOR, upon which our hedging program is based, would likely close out the year at 2.25%. Currently, the December 2015 LIBOR future is priced at 1.00%, representing a 125 basis point deviation from the forecast. If the Fed continued to raises rates at each meeting through September 2016, the deviation widens to 180 basis points. Clearly the market is out of sync with the likely path of interest rates.

The panic in the high yield market that we wrote about last month reemerged with a fierce selloff in September that drove junk bond prices to new lows for the year. While there has been a material correction in that sector, we have not added to our high yield holdings and believe that prices will be slow to improve. As we’ve discussed before, the small size of the market make it vulnerable to the illiquidity of an investor rush for the exit and that illiquidity is worsened by the Volker rule constraints on proprietary trading by banks and brokers. 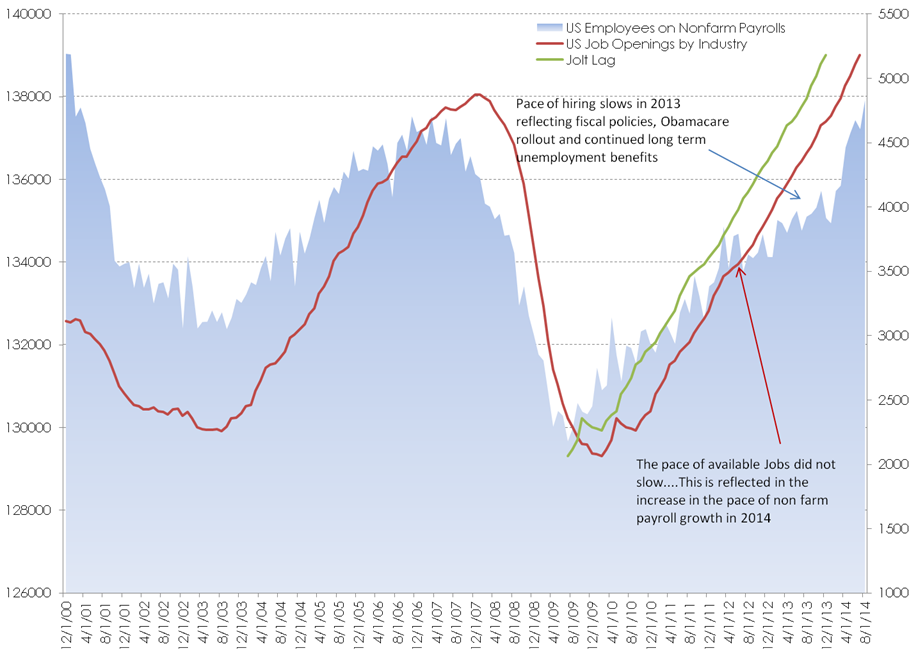